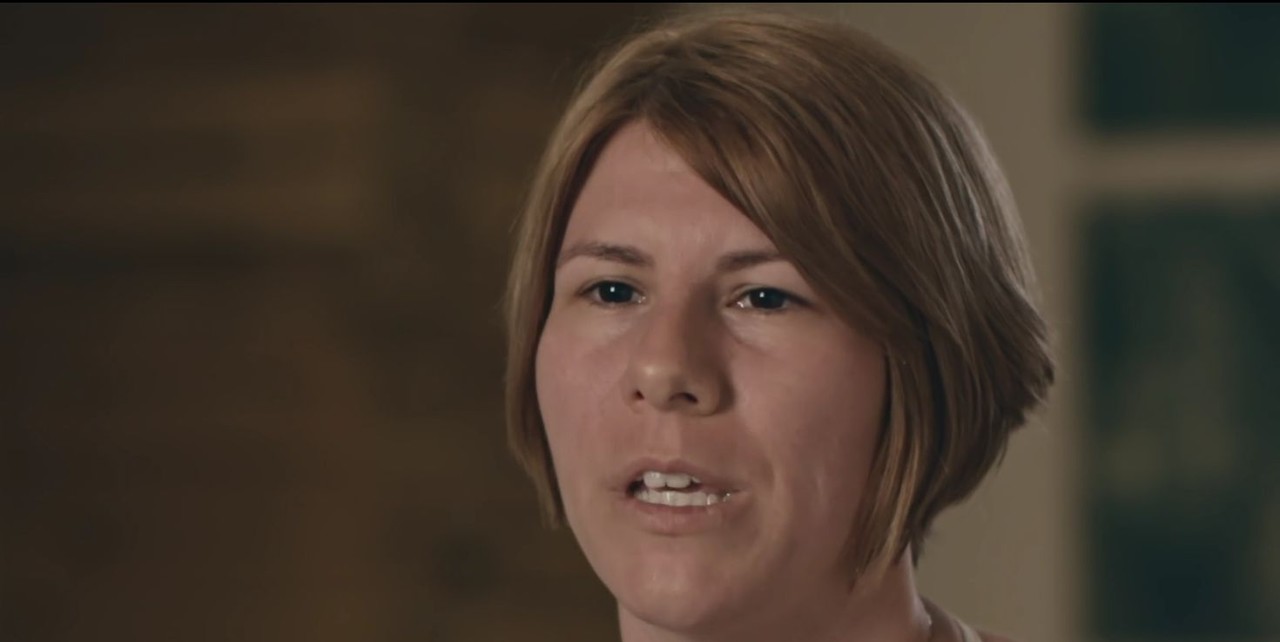 New documentary shows ‘the other side’

door Peter Olsthoorn
New documentary shows ‘the other side’

door Peter Olsthoorn
'Edward Snowden, whistleblower or spy?' is the title of a Dutch documentary about a man who seemed to have turned the world upside down with huge revelations about the methods used by the US intelligence agency NSA. At the end of the documentary this question remains unanswered.

Lori Stroud, who up until recently had been a Cyber Threat Analyst for over ten years at NSA and subcontractor Booz Allen Hamilton, is seen crying over and over again in the documentary ‘Snowden, Whistleblower or Spy?'. Which received its world premiere at the interesting Fraud Film Festival (FFF) in movie palace Eye, in Amsterdam.

She tells of the 'treason' committed by Ed Snowden in an environment where the techie boys and girls have to be able to trust each other a 100%, as an army of soldiers fighting evil. You don't let each other down and treacherous behaviour is even more out the question. 'Ed' did do both of these things: Not only did he steal documents on a massive scale from his own computer, he also requested files from colleagues and used their passwords as well.

Belief in a benevolent NSA

The FFF succeeded in getting Stroud (see picture above) to attend the festival, where she was available for questions after watching the film. Since she had left Booz Allen it might now be easier to answer the main question: have the revelations of your former colleague made you in any way doubt about the methods and intentions of the NSA?

Stroud: 'I believe in the mission of the NSA which is to help protect the interests of the United States and the free West. With regard to the methods, these are governed by law. I also believe we are operating within the necessary ethical and moral guidelines.'

But, in several serious cases, like for example the wiretapping of Angela Merkel's phone, there were no legal or morally justifiable grounds what so ever. Stroud: 'The NSA always makes assessments weighing up the goals up against the possible violation of privacy.  Besides that, in the meantime, views have changed and policy has changed as well.'

However, she will not accept the reasoning and justification behind Snowden's revelations: that this act was necessary to spread awareness about NSA going too far in its intelligence gathering methods. Her position is also supported by the documentary, where analyses about the contents of the revelations are shown. Of the approximately 300 methods that Snowden could reveal, only 2 can be classified as 'mass surveillance'. We will come back to that, later on in this article.

Stroud's colleague and team leader at Booz Allen Hamilton, Steven Bay, also had a tough time discovering about Snowden's treason, at least treason from their point of view. Bay was directly responsible for hiring the, who in hindsight turned out to be the untrustworthy employee. 'I was devastated. I went home, locked the doors and I cried in my wife's arms.'

Before Ed Snowden had left for Hong Kong he told him he needed a few days off, to have some medical examinations done for epilepsy. When he stayed away from work for a longer time, Bay was starting to get worried and anxiously - at least that's how he tells the way things went and a re-enacted version of him appears on screen - went to Snowden's house in Hawaii, to peek through the windows and see if something bad had happened to him.

This locking of the doors at his house after the first publications about Snowden's identity was driven by the same fear that Lori Stroud had felt. Edward Snowden more or less made them complicit in his act, besides that, their lowkey position as an intelligence analyst inside the secret service apparatus would be gone forever. Steven Bay, Mormon, father of four children and faithful country servant, went public once, two years ago.

No proof for espionage

Many employees of the intelligence agencies - Snowden had taken extensive information on these employees with him - stationed within the United States and overseas, experienced this fear for having their covers blown and attracting unwanted notoriety. Snowden partially revealed this data by publishing it online - but this was taken offline again- however he also possessed many not revealed documents. Of the - alleged - 1,5 million copied documents, he supposedly handed over 200.000 of those to journalists. The implication is that the rest, the majority of the data got into the hands of the Russians. Who were supplied with a treasure of useful intelligence for their counterintelligence efforts, said the interviewed intelligence and police chiefs.

FBI (executive assistant) director Robert Anderson, who investigated the Snowden case with a team of 70 detectives, is seen speaking extensively in the documentary. It is clear whose side he is on: he sees Snowden as an extraordinarily damaging traitor who played into the Russians' hands.  He blames him for having endangered the lives of a lot of people and he accuses him personally for being responsible for deaths (caused by terror attacks and assassinations). But still, to the question whether or not Snowden was a spy sent by the Russians, he has no answers.

Nevertheless, in the film, originating from the creative freedom of the filmmakers, it is suggested that Snowden succumbed to an offer from the Russians during his work for the CIA in Geneva and/or later in Japan. However not a single clue supporting this suggestion is provided.

Also, journalists who watched the Snowden case closely, among whom were Barton Gellman and Sean Gallagher from Ars Technica, do not suspect that Snowden acted by the order of a third party. So the answer can still remain: not a spy.

However, time and time again, also in this documentary, we heard Snowden state that he wants to inform the public and he wants to let them judge for themselves. The 29-year-old wanted to inform the world about the mass surveillance that he witnessed. He reached this objective very successfully.

The fact that he subsequently was made a hero and that journalists, lead by Glen Greenwald,  followed Snowden as media lapdogs losing every form of critique, is not Snowden's fault. This has been reported on extensively on this website, including the failure of the Dutch NRC (newspaper) editors to meet their way too high expectations. The more sceptical Volkskrant (newspaper) journalist Michael Persson, now a successful Unites States correspondent, did a much better job.

The main approach of Netkwesties already was: in fact there is no denying that Snowden has acted as a hero. However there are indeed some flipsides to his story, that were largely ignored by the media.

This documentary offers this kind of balance with 18 interviewees and quite a well played re-enacted Snowden. This balance is mainly achieved thanks to speakers like the American journalist Gellman. However, the brave initiator of the film production, Elsine van Os also contributes personally, in a peculiar manner.

As a clinical psychologist she is eager to make an analysis of the person Edward Snowden: in the first place he is driven by his authoritarian father - who Elsine van Os calls 'a very unpleasant person'. The man served, just like Edward's grandfather, in the military and he was disappointed that his son dropped out of military training. His interest in the military and his own military failure mixed in a peculiar way with Edward's second driving motive, his antagonistic relationship with authority figures and authority. He 'placed himself above the law'.

In the documentary , it again became clear what a strange situation it was, that time after time Snowden was hired for jobs at the intelligence agency, while at the same time it was a known fact that he had an authority problem. The British intelligence service, as is briefly described, had to point this out to their American colleagues to remind them of this fact, but this warning was not followed up by appropriate measures.

Thirdly, his video game addiction where he could play the role of the fighting hero and his anonymous activities on forums (at Ars Technica) with informative posts about intelligence agencies, were also important indicators of his character, which eventually led to the ultimate act.

With this film, Van Os also wants to educate organisations, mainly those active in the field of (cyber) security, to learn how to deal with people who pose threats to their organisations. Interestingly enough Anderson from the FBI says that Snowden fits the profile of old school spies, also often loners. (Who were also extremely brave or sometimes excessively courageous, but he didn't mention that part.)

According to the documentary and according Van Os, Snowden has caused enormous damage to the essential work that the intelligence agencies do, in this case by identifying and sharing secret intelligence gathering methods and operations. However, she did not substantiate this claim with this brave and well-constructed documentary, and certainly not with her own personal performance in the film.

Unfortunately, Van Os did not have the self-restraint to stop her from appearing in her own film. (in the shorter television version, which was broadcast in Norway and Denmark and soon to be aired in the Netherlands, she was edited out). One of the aims of the film is to promote her company. She also promises a 50-page psychological report on Snowden. Undoubtedly it is very noble to be helpful towards the intelligence community by profiling and psychologizing possible dissidents. But it is walking on thin ice. Snowden is truly in a different league than, let's say, the egocentric querulant Julian Assange.

However, at the end of the day, despite everything that's wrong with Snowden and especially the media hype, the world still needs heroes -irrespective of whichever unstable psychological undercurrents it might originate from- who defend against the world's status quo and who gather all their strength for a personal resistance against the abuses they think they should reveal to the world.

Whether they are morally right or wrong is a different question. How one views this strongly depends on your own position and character, as is obviously demonstrated by this very documentary... 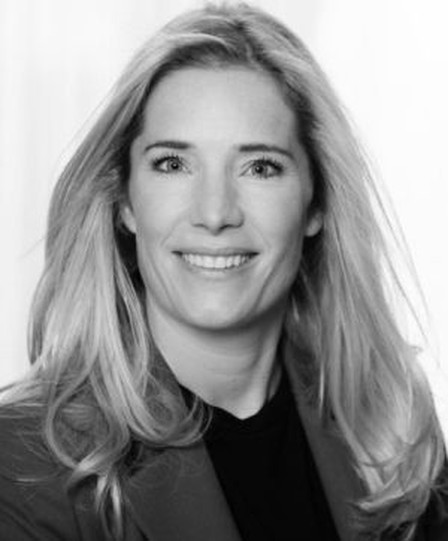 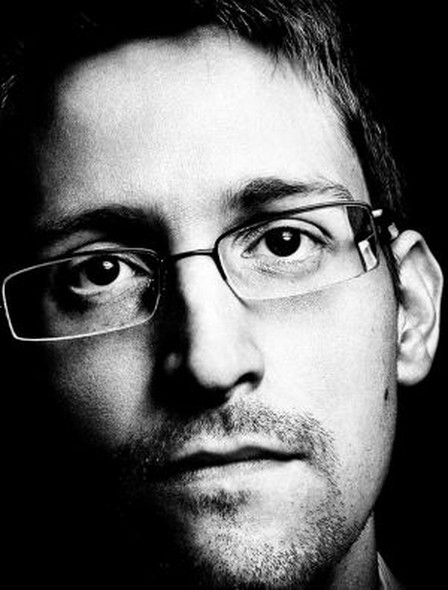 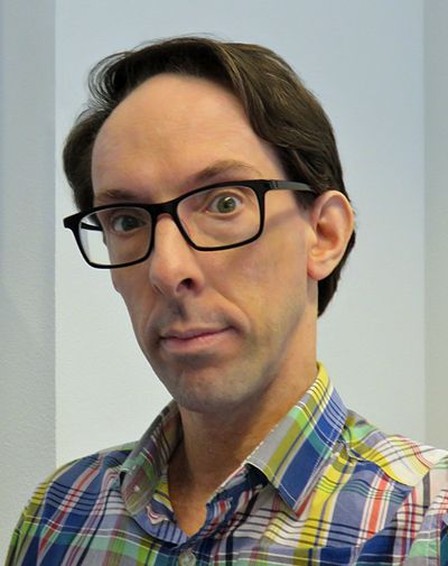