In the 1980’s, the ultimate television president, Ronald Reagan, went to Berlin and implored Mr. Gorbachev to “tear down this wall.” Thanks to the global spectacle of electronic age as well as the unifying image of the earth from space, we were on our way to becoming one world. For better and for worse, both the spirit of kumbaya and the new power of the global market were in full force. This was utterly consistent with the media landscape of that society.

Today, the ultimate Internet candidate, Donald Trump, offers not to tear down a wall but to build one between the United States and Mexico. Thanks to the discrete bits and binary logic of the digital age, as well as the frightfully alienating spectacle of beheadings on social media, we are becoming obsessed with divisions and indentificiation. For better and for worse, both the spirit of decentralization and the latent power of nationalism are in full force. This is utterly consistent with the media landscape of our society.

Consider the current argument over Ted Cruz’s status as a “natural born citizen.” No matter how disingenuously the question was raised, it proved wiggly enough to bring Harvard constitutional scholar Laurence Tribe to explain on CNN that “the Supreme Court has never fully addressed the issue one way or the other.” Even though Tribe believes Cruz’s eligible to run, he nevertheless wants this grey area to be rendered in black and white.

This is a digital-style problem. I don’t mean it’s caused by digital media so much as reflective of the qualities, the biases of the digital media environment in which we live.

For just one example, as we transitioned from emulsion film to digital photography and projection, we replaced smooth, random specks of silver with discreet pixels of numerically rendered tints. Each pixel required the computer to make a decision about what color to enter into the pixel. Back when there were 16 colors, that was a very crude estimate. Is it blue or purple? Whichever is closest.

Even with millions of colors and retina-display density, the decision must be made.

Definition is forced, and once the decision is made, fidelity is assured forever more. Everything has been made discrete (not discreet, but distinct).

That’s why we’re either Americans or Mexicans, Canadians or natural born citizens. Red states or blue states. Where pixels are getting mixed up, well, that’s where we have to build better walls. Get Supreme Court decisions that something is one way or the other. All the wiggle room, the undefined nooks and crannies that may have created ambiguity but also helped soften the edges of our societies, is taken away. 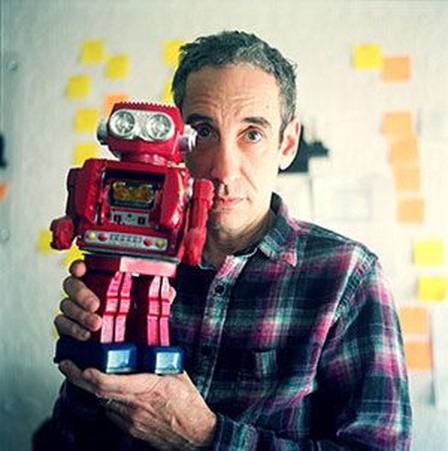