Google News is a road to the end of journalism

Last Thursday, November 10th, I was honored to be in a panel of the conference National Publishers Day in The Hague, with the distinguished mr Madhav Chinnappa, EMEA director of partnerships of Google News.

Mr Chinnappa presented the guests of the World Forum Exhibition center with a short and clarifying presentation that the monopoly of news is no longer restricted to publishers, who adhere to classic rules of gathering, assessment, production and distribution.

His second message was one of hope. Consumers will choose to pay. And Googles' One Pass is the solution to this. Please open up, and experiment. I respect mr Chinnappa's views, and we as a society and consumers, owe a lot to Google. Their products are awesome and no one is able to compete with them in hardly any field.

My remarks, on which mr Chinnappa was so gently agreeing - that we would agree to disagree, can be summarized as: "Publishers should avoid Google News as its only scavenging on others, while not offering a real advantage. It's  merely a well packaged road to an end of journalism."

This may sound old fashioned, but with 17 years of online experience, in publishing, advertising and online technology I'm convinced of this opinion, and have proof of my assessment. In the twitter feed of the conference some remarks mistakenly credited my criticism for negativism or merely Google bashing.

Lets take a few moments to assess the role of one of Googles more ambitious projects, Google News, and view it from a historical point of view, a local perspective. Then from an entrepreneurial perspective. And from a publishers perspective in reversed order.

1. "Google democratizes news and the distribution of news".

I thought this discussion had been long gone. None of the grassroots news sites have survived. Civil journalism is non existent, and is merely a product of viral marketing and polarized communication. Our nestors of media do have a point when they say that something as important as the democracy cannot work without a good, independent and experienced journalistic trade.

2. "We offer new sources of traffic for publishers, thereby increasing their revenue and audience".

That is technically and logically incorrect. The interest or consumption of news does not spectacular rise through an aggregator site alone. These customers only relay their starting point from their existing news sites to Google News, which will probably be much faster and personalized.

With a limited number of news sources available and needed, an aggregating news source does not increase the total size of the market. Publishers may have worked 30, 60 or 90 years to establish a brand, trust and knowledge and use to catch some drops from paying consumers

Remember: when Google News started, it explicitly promised publishers never to push advertising on their website. It would only redistribute existing traffic to publishers and let them capitalize. If reusing news would bring in new revenue streams, Google would integrate live news feeds into their main search engine, which catches 95% of their traffic. Not push a separate product.

That's a lie.. Though Adwords is the best, and most innovative marketing product in ten years (well, it got the idea from Go.to) Google has fed on brand and activation budgets. And brings in revenues far below € 0,50 CPM net on their products.

And now attribution and engagement mapping tools are questioning the effect of search advertising - suddenly the focus becomes strongly on display, and Google Analytics integrates these tools to their suite.

Thereby trying to capture a market which has been strongly challenged for eight years by claiming only search would bring relevant traffic. You've given away 50% of your premium advertising products for long enough now, which have been the origin of data- and interest gathering, but yielded little revenue for you.

5. "Hey Publishers.. please try new capitalization streams such as Google One Pass. Its the age of experimentation."

Here I really get an itch. Its 2011. Almost 2012. We have had Paypal for over ten years. Had mobile payments, wallets, iDeal direct banking payment, and now app-based payments models. There is simply no time left for experiments, that has all been in the last five years.

I love to get an assignment for a year to 'help you find new paying models'. But they are there! You, as a publisher know what converts or sells, and a new payment system does not change anything.

You need to change. That's true. But do not give away both the top of your business model, the consumer acquisition, and the financial relation with him. You will be left a dumb producer.

Should the publishing industry say no to all innovation? No! That's ridiculous. But countries such as the Netherlands, and I can show a few others with language barriers, have high production cost which are difficult to scale. While the upside is definitely limited to their audience, many of the suggested models of innovation will work in Spanish, English or Mandarin sized language areas. But before we join either Germany or the US as one of their provinces, our small country abides to different rules. And - hasn't that always been one of our cools?

The stubborn Dutch attitude to innovation, ethics, and freedom have been questioned many times over. But as much as criticism, we are quoted for being a successful, seafaring, and sometimes guiding people. Follow your own gut. Dare to be... Dutch! 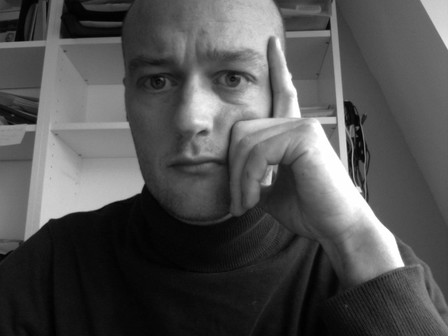