door Peter Olsthoorn
As a relatively neutral country, the Sultanate of Oman is building up a regional centre for telecom connections. National operator Omantel is claiming this position and earlier this year, it established a European connection via Ams-Ix in Amsterdam. *)

Omantel had 2.2 million mobile subscribers of its own on September 30th. In addition, it boasted close to half a million subscribers via mobile resellers. Around 85 per cent of customers have prepaid accounts. The figures for fixed telecom are less impressive, with 243,000 subscribers.

Omantel supported the Information Technology Authority (ITA) with its National PC Initiative. The objective was to increase the ownership and usage of personal computers within certain segments of the Omani population (e.g. social welfare, students and teachers). As part of this initiative, Omantel provided free Internet service for up to one year.

Omantel has one competitor in both the fixed and the mobile market: Nawras. The latter is mainly owned by Qatar Telecom (Qatar). The company started mobile operations in 2005 and fixed lines in 2010.

CEO of Omantel is Dr Amer bin Awadh Al-Rawas. The company is listed on the Muscat Securities Market and is the most widely spread share in Oman.  In October 2011, Oman Mobile and Omantel merged following AGM approval.

"Most of the content that we need to deliver to our customers comes from Europe. We were therefore in need of a direct connection to Europe in order to improve the quality of IP traffic in this direction. We made a selection of the main internet exchanges available in Europe to compare the parties, the possibilities, the types of organization, the quality of service and price," explains Johannes Boersma (photo), Senior Manager Business Relations & Agreements - Wholesale Unit at Omantel

Omantel reviewed the London Internet Exchange (Linx), Deutsche Internet Exchange (De-Cix),  French Internet Exchange (Sfinx) and Ams-Ix. On balance, Amsterdam seemed the most favorable option. "In particular, we focused on the way in which these membership associations were organized and the number of other parties with which it was possible to peer. These considerations pointed in favor of Amsterdam, as did the price. So the final decision was not so difficult", stated Mr. Salim Bader Al Mazrui, General Manager Information Technology Division - Omantel.

It was the first point of presence for Omantel outside the Sultanate. Omantel also acquired its own equipment within the Ams-Ix. In the words of Boersma: "We started at Ams-Ix with a connection of 2 Gigabit Ethernet for about 500 euro per month for the port, plus 45 euro per month for the in-house patching per GbE."

In Amsterdam, Omantel also has direct connections to Cogent and KPN. "Cogent is significant - we learned that a substantial amount of traffic passes via this company. Omantel is exploring the possibility of connecting with Tier 1 parties, including TeliaSonera & Level-3, because we hope to sell IP Transit in this region."

Omantel intends to grow as a provider in the field of international IP transit. "We currently have only one serious customer, but we want to expand these kind of services to attract more clients in this region. We aim to become the regional hub for the Middle East,” states Boersma.

This is a new strategy. Initially Omantel was not focused on that particular segment of the market. However, when they entered into discussion with one of the biggest content providers in the world, they became aware of the opportunities. "We have just signed with a party, the name of which cannot be divulged. They have chosen Oman and Omantel as their regional hub, which is a very important starting point."

Many parties want to connect to this huge internet company and Omantel is able to offer them additional international IP connectivity. "We want to become more visible in the international market. Four years ago, there were only three submarine cables available: SMW-3, FALCON and TW-1. We were given approval to invest in more submarine cables to improve connectivity into the region. Since then, we have signed up with EIG, MENA, GBI and POI.

We have agreed to the expansion of our national systems. These also form part of the important EPEG cable system (Europe Persia Express Gateway), with TIC from Iran, Cable & Wireless from the UK and Ross Telecom from Russia. When EPEG is RFS, we can provide connections from Oman directly to countries including Iran, Russia and Germany.”

Political constraints play a significant role in this region. Oman can profit from the situation because it has a very neutral political profile. "The Sultanate of Oman is known as a neutral and peaceful party in the Middle East. This is also favorable for business reasons. We can become the neutral, independent regional hub for the region."

Competitors for this hub function are Saudi Telecom Company, Etisalat and Du, the latter two from the UAE. According to Omantel, however, they do not share its neutral profile.

*) This article has been sponsored by AMS-IX, who influenced neither the realisation of the text or the final version 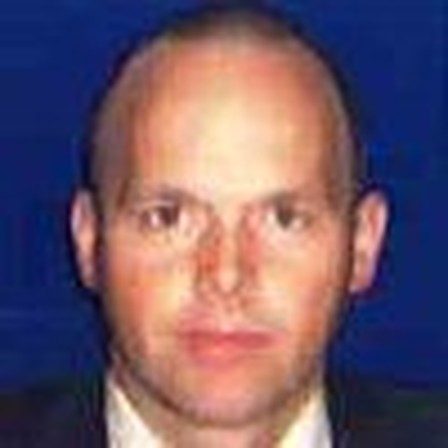