Letting Facebook and Google pay for data as labor

door Peter Olsthoorn
Basically we work 365 days per year for the tech giants in Silicon Valley, who at the moment happily welcome our free efforts in the form of user contributions. Renowned economists as well as the first Data Labor Union, located in Amsterdam share the same message: it is time to cash in value.

'It is a classical model of powerlessness of the labor class, like in the past four centuries, but now oppressed by new super powers. We have no influence and no negotiating power when it comes to dealing with companies like Facebook, Google and Microsoft from the individual level. We are the serfs and peasants of the 21st century. If you, as private and unpaid data producer, want to transform created data into value, you have to organize collectively to form a competitive countervailing power. Then, as a collective, you can start demanding negotiations.'

Paul Tang, a Dutch politician and Member of the European Parliament (MEP, foto) for the Labour Party (PvdA), has always had the issue of class struggle as a focus and a main priority. He confirms that of all parties, the traditional European Labour Parties, like SPD in Germany, Labour Party in the UK and his own Dutch PvdA should be the frontrunners in representing collective power, bringing together an alliance of social democratic, democratic socialist and economically left outlooks in order to successfully gain ground. He quickly adds that 'of course members of all other political parties are very welcome to join the new union.'

At the Spring House, a members club for innovators at the IJ waterfront in Amsterdam, 50 of the first 1300 members of the union gathered at the historical first meeting on Friday the 29th of June 2018, to identify and discuss the appropriate course of action and future trajectory of the union, which at the beginning will mainly entail an increase in awareness of their own value among platform users themselves.

For the concept of a data labor union, Tang was inspired by the book Radical Markets: Uprooting Capitalism and Democracy for a Just Society. In the chapter Data as Labor, the up-and-coming 33-year old political economist Glen Weyl (a Principal Researcher at Microsoft Research New England, Visiting Senior Research Scholar and Lecturer at Yale University and former Junior Fellow at the Harvard Society of Fellows) and Eric Posner, renowned law professor at the University of Chicago Law School, illustrate the growing inequality between giant data companies and their private individual participants.

One person’s data is worth little, but the collection of lots of people’s data is exponentially more valuable in the market. Next to that, Weyl, Posner as well as Tang suggest no individual user has much bargaining power against a data giant, but a collective like a union (a union that filters platform  access  to  user  data) could credibly call a powerful strike, by refusing to share personal data and individually created content.

However, doesn't the failed 'Bye Bye Facebook' campaign launched by Dutch television show host Arjen Lubach illustrate the fact that Facebook and Google have nothing to fear from the margins? In other words, it is just a very small percentile of their account holders, who might give these data giants some trouble about their personal information.

Tang: 'The problem is that the GDPR is strictly intended for individual privacy rights. That seems too weak. People should operate collectively, especially because of the enormous influence big tech has on society as a whole.'

Labor is losing the competition from capital and increasingly it is specifically data capital winning at the cost of labor. The labor-to-revenue ratio of these tech giants is only 5 to 10 percent, while traditionally that percentage is around 80% in retail companies with grocery stores like Walmart. Big tech is leading the trend of a decrease of this labor-to-revenue ratio (as confirmed by Piketty) from 70 % to 20-30 % this century, according to tech philosopher Jaron Lanier, who in 2013 paved the way for Posner and Weyl, when he published his pioneering book Who Owns the Future?

According to Tang and the book Radical Markets we work full-time as a data producer, even the 'so called unemployed' who vigorously play video games and spend lots of time on social media like Facebook, generate economically valuable data that tech companies then exploit for personal product offerings and advertising.

Working for nothing and without a transaction. Well almost no transactions and payments, because shareholders are in fact cashing in these data profits. Weyl and Posner compare the undervaluation of citizens as data producers with the position of housewives in the past. They also compare it to the historical position of African Americans in the music industry. Initially, literally valued as worthless and eventually acknowledged for its true value.

Weyl and Posner call for data agents and/or data labor unions, agents in the position of brokers, to collectively negotiate on the behalf of the data producers in order to be fairly compensated for their provided data.

There need to be different and better transactions, than just free access to a platform in exchange for the created data. Tang: 'Data should be paid for and we should stop this terrible 'free platform access as payment' concept.

Back to Karl Marx

Starting with awareness and transparency, as it turned out during the first union meeting. And also a perspective for action, such as offering a toolkit to safeguard your privacy. Next to that, the data labour union also wants to sue companies that violate the GDPR data protection and privacy law? Why is that, if privacy activist organisations like Bits of Freedom and other privacy organisations already exist?

'We are starting off by joining and uniting forces, because 'unity makes strength'', explains Reinier Tromp, co-founder of the data labour union. 'That sounds like the old-fashioned socialist motto, but that's exactly the intention.' Weyl and Posner revert to Karl Marx and the first industrial trade unions, and speak of fighting against 'tech feudalism'.

Tang will be doing live audience presentations at sister party events, for example for the British Labour Party at a congress in September. 'This idea needs to catch on and spread like wildfire, also via national consumer interest groups.'

The international 'data labour union' started with Dataunion.eu and spread, via Reuters, to the New York Times and other news outlets.

Tang and Tromp hope to expand their member base to 'millions of members'. Tang: 'However, we don't have to be really big in numbers to be able to be invited to the negotiation table at Facebook and Google.

Similar to the way that is in the employer's best interest to talk to labor unions, in order to maintain company continuity and to prevent trouble, companies like Facebook and Google have an interest in keeping their users happy as well.

Weyl recently visited the European Parliament at the invitation of Tang. The American also advocated the traditional instrument of strike action: data strikes, when the tech giants ignore the demands of the people. What exactly the demands will be is still a subject of debate.

Posner and Weyl suggest a direct form payment by Google, Facebook and Amazon: starting with a few hundred euro's per user and with the growing of the AI (Artificial Intelligence) markets, up to thousands of euro's per person. A proper but also necessary compensation to balance the reduction of job opportunities. 'If we work less as employees, we can invest more time generating data.'

And at a much higher quality level than today's search commands, lousy pictures and updates. They suggest machine learning will need to be fed a higher quality diet of digital information. We will soon, at the request of tech giants, be delivering much more 'on demand' data. Users will also be integrating keywords in their content, which will make the data more usable and therefore more valuable.

Is payment for user data realistic? Tang: 'I am a proponent of acknowledging and rewarding added value. For example, the estimates of the data value per member of Facebook range from 20 to 200 dollars. First we will work towards a rise in awareness of the fact that there is value in data: individually created, but especially the collectively created data as a whole.

The biggest critic of such a model is Hal Varian, the world's best-known data economist, employed at Google. His position on this subject is that the value of data by itself is limited, if it is not combined with the efforts of engineers and computing power, which are necessary – as well as the most scarce - elements in the process of creating AI.

There is an abundance of data. We now pay for Facebook and Google with our data, and we will soon receive information about our ailments by participating in medical big data research and this will improve our quality of life, according to Hal Varian.

No, that's in fact not a good solution nor a desirable way to go, at all, say Tang and Tromp. ‘Medical data will be one of the spearheads of de Data Labor Union. If this data is not protected it might soon be exploited by many parties many times over, if we are not careful. That would mean a significant weakening of the position of private citizens versus pharmaceutical companies, employers and insurance companies.’ 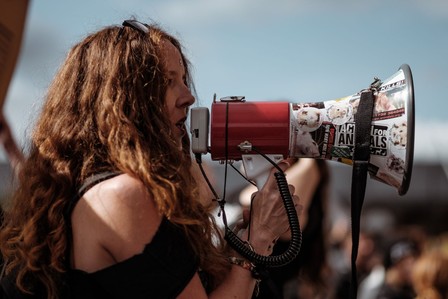 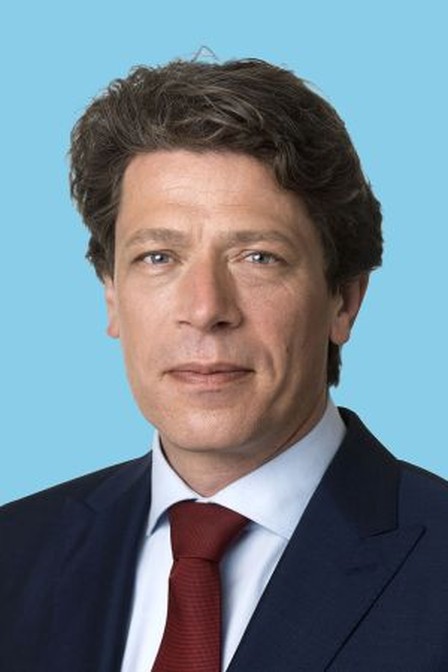