Isocel is the country’s second largest provider after the incumbent Benin Telecoms. It started up as a project in 2004, in a telecoms market where GSM is dominated by 5 operators. The largest of these are MTN, Etisalat (UAE) and Glo (Nigeria). Mobile Internet is available, yet very slow. With a market of around 15,000 fixed Internet connections, fixed broadband is in its infancy. For 2015, a figure of 200,000 subscribers is projected, and that means fast growth.

Robert Aouad (1965, Kumasi, Ghana, photo) owns a 50 percent share in  Isocel, with the remaining 40 percent in the hands of business partner Michel Belbol (1970, Dakar, Senegal). Aouad was previously the owner and CEO of Microtech 2000, a company specializing in the sale of Gsm handsets, Sim cards and scratch cards. We held an interview with Robert Aouad and Joey Esquibal, the Network and Systems Engineer at Isocel.

Isocel has invested between 6 and 7 million dollars, according to Aouad. It currently has approximately 5,000 subscribers in Cotonou. With around 60 employees, Isocel seeks to both serve its subscribers and expand its network. How fast is it able to grow? "The main growth over the past few years has been within the Enterprise market. This was necessary to sustain the business and pay the bills. However, in the coming years we will focus increasingly on the mass market"

"There was a gap that needed to be filled, and we were one of the first private companies to offer widely accessible broadband Internet to the residential sector." Is Aouad active in Africa for business or personal reasons? "Both, really.  It would be impossible to work here purely for business reasons, yet idealism alone doesn’t bring success. There is a lot of money involved and in building a sustainable business, profitability counts. But personal involvement also plays a role. You have to enjoy what you are doing. Starting from scratch is challenging, with its numerous problems and financial constraints."

"I’ve always had a vision of universalizing access to information, especially for young people and low-income groups. This project was a particularly tough process. Yet thanks to its innovative approach, it tells a unique story for the sub-region."

The Dutch government was involved with Isocel. "We set up a match-making facility with the Dutch government and met representatives from several companies in Amsterdam. One of them was Rabobank, who were very interested. Through these encounters, we were also linked to the Amsterdam Internet Exchange."

Isocel’s decision in favor of Ams-Ix was not swayed by any financial support from the government. It was an open business choice, according to Aouad: "We liked the business approach of the Ams-Ix board, as well as its organization as a not-for-profit company. Its policy of making and keeping access to the Internet as open as possible appealed to me; indeed, this approach complemented our company. It meant that we would interact with the key players in Internet traffic, both big and small companies. From a strategic standpoint, this was very important for us, as we needed open access to the world of the Internet world and Ams-Ix offered precisely that gateway, not least technically."

Co-location was easily settled with Nikhef, the Dutch National Institute for Subatomic Physics. As a not-for-profit, neutral, independent organization for fundamental research in this field, Nikhef boasts a long tradition of developing the Internet. Since 1996, Nikhef, together with the scientific network organization Sara, has served as a housing partner for the Amsterdam Internet Exchange and its members.

In many of the world’s countries, difficulties are encountered by those ISPs that challenge the national carrier. "And yes, this is also the case for us. However, the national operator’s monopoly is definitely decreasing in power, as we now have a regulator to ensure increased involvement in matters of competition. Furthermore, the government of Benin is eager for its citizens to have Internet access. This service must be affordable. The government understands that the presence of an incumbent company can impose significant handicaps; all the more so when this national operator is in dire financial straits. Unable to lower prices for access, the government appreciates the necessity for competition."

Because of the financial difficulties and the ensuing high interconnection rates demanded by Benin Telecoms, Isocel decided to bring capacity to Nigeria by means of a second connection. This was in the form of a submarine cable. The first international submarine contact was with Benin Telecoms, costing 80,000 dollars per month.
Esquibal: "The second connection will now cost us only 20,000 to 25,000 dollars per month. And last month, the World Bank brought good news. They sent a delegation over, as they intend to finance the landing of a new submarine cable. This will ensure a direct connection for Benin, the kind of link that other countries enjoy. For both Isocel and all other ISPs in the region, this is a wonderful opportunity. We will have our own international capacity, which means that we will no longer be dependent on other companies and their high pricing. With lower costs, the sector can be enhanced more rapidly."

There is no question about it: prices for domestic services in Africa must be reduced. Even today, the slowest connection will set the consumer back 50 dollars a month; faster connections up to 600 dollars a month. "With our own international connections, we will be able to lower the cheapest offer by 10 or perhaps even 20 dollars per month. Capacity could triple," states Aouad.

With the capital’s WiFi 802.11n micro base stations that are backhauled by Canopy Radios from Motorola (now Google), Isocel is able to offer a form of mobile Internet. They call it 'nomadic internet' and it uses WiFi. "A deal has been struck with electricity companies and this allows us to make use of their poles. We now have around one thousand base stations and this number will only continue to increase. It's good for GSM operators to use the same connection to offload their mobile data traffic via our WiFi connections. These are becoming quickly oversubscribed."

Isocel is also engaged in a Public Private Partnership with the government for the PSI program. This is financed by a grant from the Dutch government and it enables Isocel to equip and operate six ICT communities throughout the country. "Connectivity is our priority, because what sense do computers make otherwise? In conjunction with this project, connectivity will be brought to the communities," states Esquibal.

Meanwhile, China and South Korea have contributed enough financial support to enable connection, using fiber optic, to seventy-seven communities in Benin over the next four years. "This project for a national Internet backbone is hugely significant for Benin. If I were to send an email to a colleague here in the office right now, it could take quite some time to arrive. That’s because it travels via a server in the US - and in so doing, consumes international capacity. Benin badly needs this national exchange."

Richer from this experience, Isocel hopes to deploy similar wireless networks in other West African countries. However, this will not happen any time soon. "There is potential for several West African countries, no doubt, but now is not the time to diversify. We are barely able to maintain and develop our business here within this small-sized company, so there is no room for expansion into other countries at this point. We prefer to concentrate on our local market, which continues to offer us sufficient challenges."

*) This article has been sponsored by Ams-Ix, who influenced neither the realisation of the text or the final version 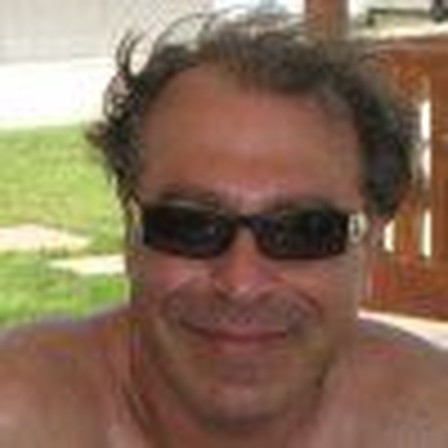